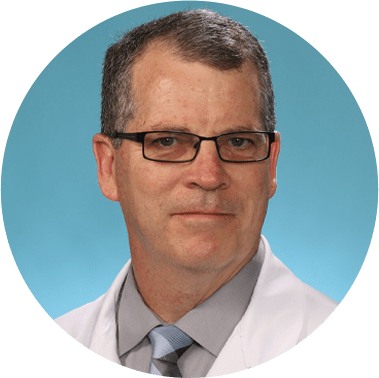 “It’s one thing to detect the problem; it’s another to manage it better. So, that’s the real frontier that we want to tackle. We don’t just want to identify a problem; you want to manage it better so that these patient scan still get the best cancer therapy that they may be eligible for, [and] at the same time, protect their heart over the course of this treatment.”

"MyoStrain is the first test that provides physicians with the inherent visibility to monitor the effects of cardiotoxicity from cancer therapy and promote the use of cardio-protective drugs on the heart. This is a game-changing technology that could revolutionize how we carefully monitor patients undergoing cancer treatment.”

“MyoStrain provides a way to follow chemotherapy patients, identifying those that are beginning to develop toxicity and…give them medication that will hopefully improve their cardiac reserve and you see a responsive change on the MRI measurements.” 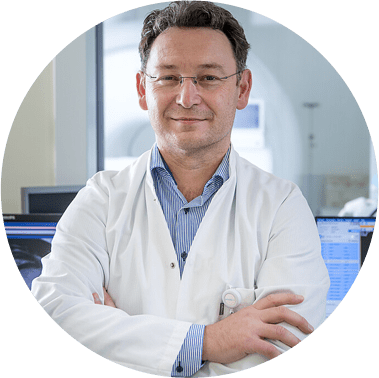 Head of Cardiac MRI at the Berlin Heart Institute

“The Congress has been very successful in creating awareness for MyoStrain, which could become the new standard in cardiac function testing in patients with risks of heart failure. Its speed, ease and accuracy makes the test very patient-centric. Patients want to have an accurate functional assessment of their heart."

“This new sensitive cardiac function test (MyoStrain) potentially opens numerous unmet markets because the test could be used not only to quantify early cardiac dysfunction but also in aiding physicians to manage drug therapies. Over time, recurring testing enables physicians to understand the effects of therapies to individualize care.”

“MyoStrain provides a quantitative, single-heartbeat MRI test that allows us to detect patient heart risk without radiation or contrast injections, and may therefore offer a proactive, patient-centric tool to effectively detect and manage patients at risk of heart failure.” 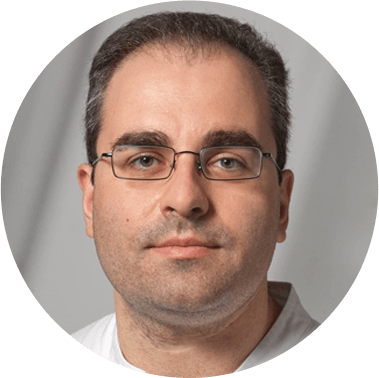 "Through its progressive curve, MyoStrain helps clinicians to not only determine a patient’s risk of developing heart failure, but to individualize care as well by monitoring the effectiveness of treatment on the patient overtime. This may allow clinicians to focus on preventing the progression of heart dysfunction early on for improved clinical outcomes and quality of life for patients.”

“MyoStrain was able to both identify and classify cardiac risk in patients who did not exhibit any cardiovascular symptoms and where traditional metrics could not. These are substantial findings that could profoundly impact the standard of care in cardiology and cardio-oncology.” 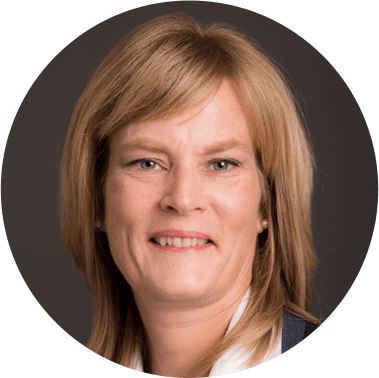 “MyoStrain bridges a crucial gap in oncology and cardiology care. Thanks to the advances in oncology care, cancer is more treatable now than ever before. While clinical outcomes for cancer patients have improved, there is increasing concern about the potential short- and long-term side effects of these treatments, including the potentially detrimental impact they may have on the heart."

“The cases I have shown you today, I think, clearly show that MyoStrain certainly may help oncologists in clinical decision making…hopefully, as further information comes into practice, we will be able to use this technology to help us make decisions around the delivery of cancer care safely to our patients” 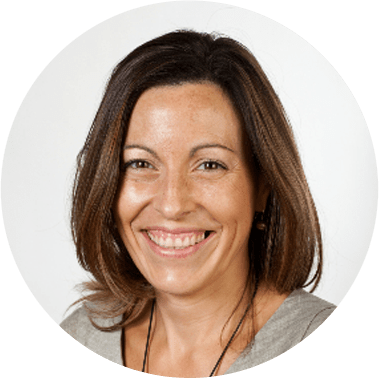 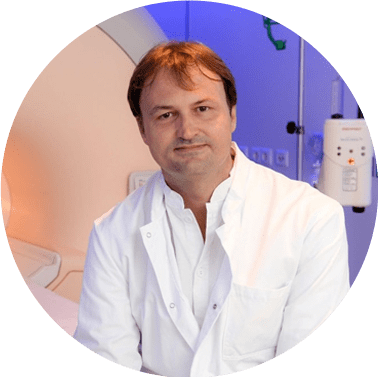 Head of Cardiac MRI at Marien Hospital in Hamburg, Germany

"Utilizing [MyoStrain] measurements in clinical practice could aid physicians in identifying individual patients who potentially benefit from proactive cardioprotective therapy even before the onset of cardiotoxicity."

“[MyoStrain] could be a paradigm shift in imaging for MRI, so that we have the tools to risk stratify asymptomatic patients and also the progression of [dysfunction] measurements.”

“MyoStrain offers the visibility needed to help clinicians assess early asymptomatic dysfunction in our patients. It uses a unique and highly sensitive technique to acquire segmental strain, which provides us both the ability to detect and subsequently categorize these patients into risk groups based on the individual patterns and severity of their dysfunction.”

“[MyoStrain has] good reproducibility, excellent applicability, segmental circumferential data that is not captured by echocardiograms, very fast, simple CMR protocols, you can do four patients per hour, very sensitive to myocardial deformation and changes, no contrast agents, arrhythmia independent and vendor independent.”

“Door to door, from when the patient enters the facility to when he/she leaves, it takes 22 minutes. So with less than 15 minutes of scan time, you can do four patients per hour."

“MyoStrain [detects] the reduction of circumferential and longitudinal strain when feature tracking does not.” 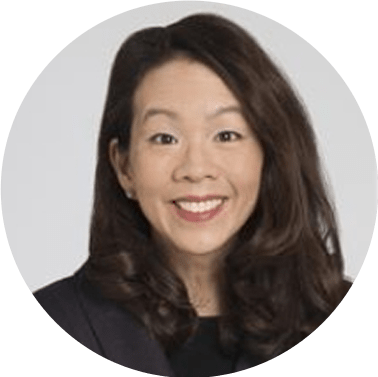 "[MyoStrain] holds promise for identifying patients early in their myocardial disease trajectory who are at risk for declining contractility over time and may benefit from early therapeutic intervention."

[Reference] Cardiac MRI: 7 New and Emerging Developments to Be Aware Of. Cleveland Clinic. 2021. 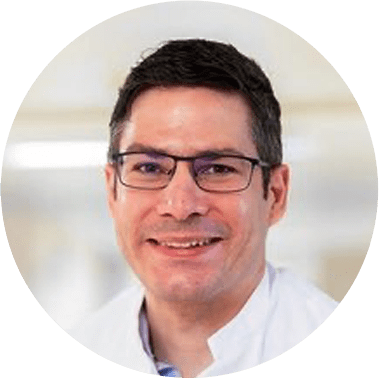 "The hyperventilation/breath-hold maneuver combined with MyoStrain/MyoStress provides a fast and safe scan procedure for clinicians to assess their patients without needing contrast agents or pharma stressors. The result is a 15-minute, needle-free MyoStress test designed to help advance ischemia detection, improve workflow efficiency and enhance the overall patient experience.” 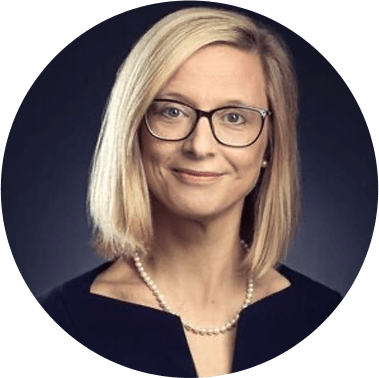 Associate Professor at the University of Frankfurt

“Prior to cancer-related treatment, Cardiac MRI is helping us in recognizing pre-existing conditions, risk assessment of patients, and also guiding prevention of patients at risk of heart failure during or post-CR-treatment.  For this we need standardized, accurate and validated tools, allowing us to detect small differences on the individual basis. MyoStrain is an excellent candidate to deliver this." 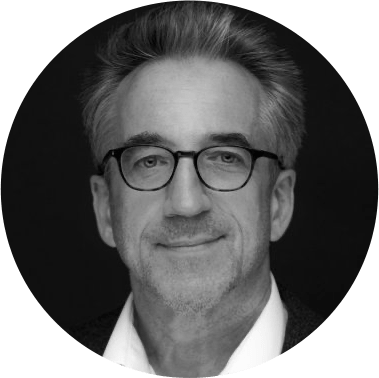 Professor of Medicine and Chief of Cardiovascular Imaging at McGill University Health Centre in Montreal, Quebec

“There are numerous limitations concerning the safety, feasibility, logistical effort, and speed with today’s stress testing techniques. We adapted the hyperventilation/breath-hold maneuver with MyoStrain to help overcome these limitations, providing a fast, safe and non-invasive approach to improve the cardiovascular assessment of patients suspected of coronary artery disease. This is a huge step.” 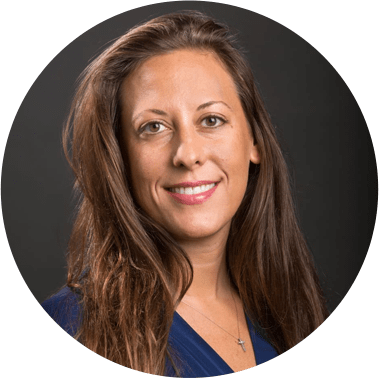 “MyoStrain has the potential to overcome the barriers of cardiac MRI availability and complexity." 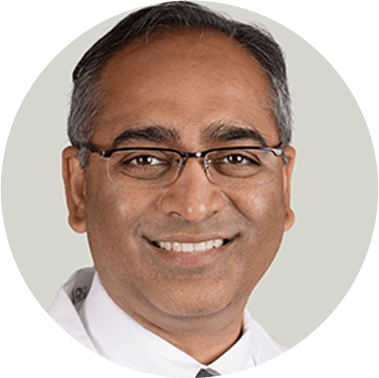 Associate Professor of Medicine and Radiology, Director of Cardiovascular Magnetic Resonance and Computed Tomography at University of Chicago 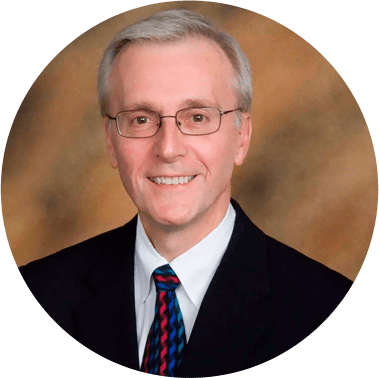 “The ability to identify and quantify abnormal left ventricular GLS and GCS with [MyoStrain] also opens the door to assess any benefit of therapy, including diet, exercise and bariatric surgery”

“Strain” in everyday language can mean “stretching” and it is used to describe “deformation” (D’Hooge 2000). The MyoStrain report will show the amount of strain (deformation) for 37 segments of the left ventricle and 11 segments of the right ventricle. The value of each segment is calculated by taking the average of “peak strain” of each of the pixels within that segment.

In a heathy heart, the wall will deform well as it goes through cardiac cycle; however, in an unhealthy heart, the heart wall might be stiffer and not move or “deform” as much. Or even worse, the muscle can be so weak that the wall bulges out instead of compressing as the heart goes into systolic phase. The strain numbers are negative because we are measuring compression of the myocardium. A lower strain number indicates more compression of the given region of the myocardium.

More information regarding the strain legend used in the MyoStrain program can be found from the following papers:

The AHA models used in MyoStrain are derived from the following publication:

The output of the SENC images post-processing is a report that shows various measurements.  One set of measurements is the traditional global measurements (ejection fraction, chamber volumes and masses).

The accuracy of MyoStrain measurements are determined by the Limit of Agreement (LOA).  The LOA is the range that covers the 95% of differences between the measurement of the two devices.  For example, if MyoStrain measures LVEF of 67%, the LOA of (-13,+10) means that 95% for a large number LVEF values of the same subject measured using the gold standard Cine MRI will lie between 54% and 77%.  The LOA depends on many factors, including images quality and inter-operator and inter-observer variabilities.  This LOA was originally based on two predicate devices (Diagnosoft HARP for Strain, Diagnosoft VIRTUE for traditional measurements), however these ranges have been reduced to reflect measured accuracy in MyoStrain.

To demonstrate the accuracy of MyoStrain measurements, we calculated the correlation coefficients using Diagnosoft VIRTUE 5.51 measurements of the LV EF, End-Diastolic Volume (EDV), End-Systolic Volume (ESV), Mass, and Stroke Volume (SV).  We considered the measurements accurate by requiring that the variations in global measurements due to workstation and user variability to be within the accepted cutoffs of published guidelines and clinical results.  We specified that targeted correlation coefficients of the global measures generated by MyoStrain, in comparison to the gold standard cardiac MRI, must be equal or better than the following:  EF:  R=0.79, p

Since the LV Mass is similar to LV volumes, we decided that the R and p values follow the same criteria for EDV.  Our acceptance criteria required the following bounds for the 95% range of measurements differences between MyoStrain and Diagnosoft VIRTUE:

Based on a sample size N=23 of healthy subjects and patients, MyoStrain demonstrated the following acceptable LOA:

The Bland-Altman Graphs of these calculations can be seen below:

The LOA and accuracy of Strain calculations were based on tests using a mechanical phantom with known actual strain values.  Phantom analysis demonstrated that MyoStrain has the acceptable LOA of (-5,+5). Note that LOA of MyoStrain of Strain measured in vivo in humans is unknown and could be different.